Why should you choose a bus operator with a bus tracking service?

Home Blog Why should you choose a bus operator with a bus tracking service? 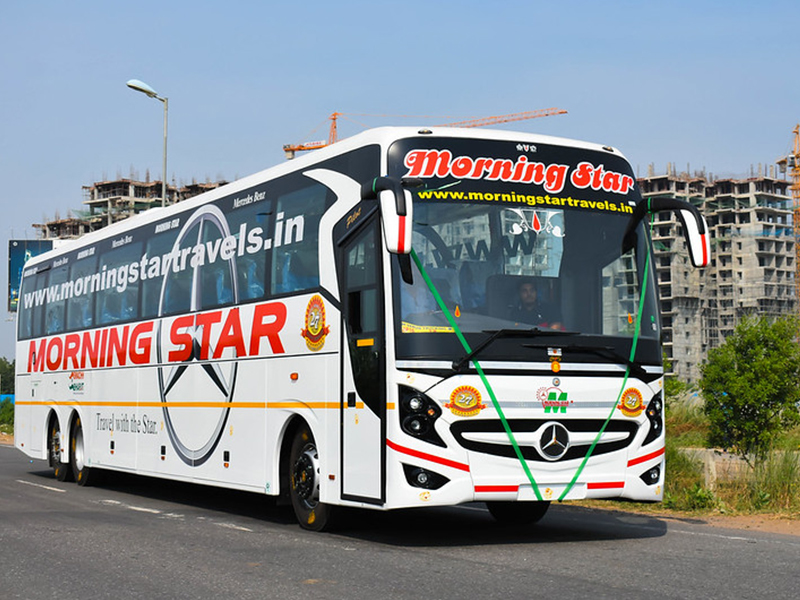 Are you tired of waiting for your buses at the bus stop? Are you fed-up of the hourly delays done by the bus operators? If so, then you have reached the right blog that comes with a great solution. The only solution to these problems is the Bus Tracking Feature. It is a great feature that helps you know the live location of your bus. It uses the information gained by the GPS device attached to the bus. Usually people in the travel industry use it to monitor their daily travel budgets, but bus operators like Morning Star open it up to the common public. The bus tracking starts more than an hour before the travel scheduled time and helps you plan your time to reach the boarding point. By going through the feature, it is not difficult to understand that how important a feature it is. It can avoid unusual expectations and also makes the traveller reach on time to the boarding point. It will save people from false hopes and thus would eliminate unusual stress. You could understand the situation better through an usual situation. Just try to recollect the last time you had to board a bus from a boarding point other than the starting point. Was the bus on time? Didn't the bus operator kept assuring you about how the bus was just nearby, but took more than half-an-hour to come. Then, how he delayed in starting the journey. If this wasn't case then you may call yourself lucky, because some renowned surveys accept it to be the current scenario of the travel industry. The bus tracking feature has been added to avoid such situations. The feature majorly depends on Global Positioning System (GPS). It first started in the year 1978 and was initially used only by the US Army. Eventually, it caught the eyes of the lawmakers who realized it to be a power tool for the civilians. This further opened up gates for its development and in the year 2006 the last satellite for GPS was launched. Within, a few years it came to India with the help of Google and it's use spread like wildfire. Till then the people in the travel industry looking after buses had to be in stress sorting out unexpected problems due to no proper monitoring. This gave birth to bus tracking devices enabled by GPS. The bus operators could easily monitor the location as well as the speed of the bus to ensure safety. The bus operators started using it some years back and they came up with the idea of allowing the travellers to monitor the location. This increased the comfort quotient of the travellers as in they stayed satisfied about the whereabouts of the bus. Morning Star Travels not only have a good live bus tracking feature but also provide all the other contemporary amenities. They provide elite buses like Volvo bus, have enabled online booking and allow M-Tickets. The Morning Star Travels had a very humble start alike many of its contemporaries but grew its business by making its passengers happy. It quickly adapted to technology and provided Online Bus Ticket Booking feature, as well as the latest addition of bus live tracking. These significant measures and the urge to serve others helped it to become a renowned national travel agent. It grew up from one bus route and an office in Guntur to 180 bus routes and having offices in 36 cities across India. Being in the business for more than 38 years, it has slowly but steadily added many luxurious buses to its fleet apart from the Morning Star Bus Tracking feature to be further known as a brand. They also provide buses on rent at reasonable rates. The rent duration could be short like for marriage functions or could also be long-time as for schools. All these years Morning Star Travels have aggressively increased their bus routes and now serve many cities including Hyderabad, Bangalore, Kurnool, Guntur, Vijayawada, Chilakaluripet, Martur, Ongole, Tirupati, Singarayakonda, Nellore, Rajahmundry, Ravulapalem, Tanuku, Eluru, Tadepalligudem, Hanuman Junction etc.